Written by John Stewart on 03 October 2012. Posted in The General's (aka Don Amador) Recreation HQ.

East Bay Park Meeting Tonight in Dublin - Be There 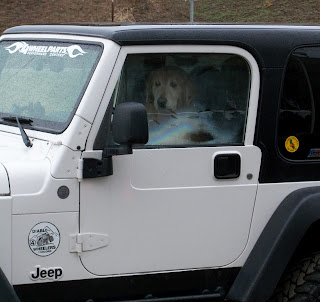 Bowser from the Save Carnegie Xmas Rally Says Be There Tonight!
There is the next to the last public meeting tonight (Oct. 3) in Dublin regarding East Bay Park District’s General Plan which includes the Tesla property which is part of Carnegie SVRA.  HQ understands that there has been a number of communications between OHMVR Division staff and District staff regarding this ongoing controversy.   I hear some progress is being made in that regard.  However, HQ remains concerned that the District still has a CEQA-deficient process in place that illegally placed the Tesla property on their 2007 General Plan Map.
The Recreation HQ will be there tonight.
Dublin Unified School Dist. Board Room
7471 Larkdale Ave.
Dublin, CA 94568
7pm to 8:30 pm
It is important for OHV to show up and make pro-OHV comments at the various flip chart stations.
Also, HQ expects the much anticipated OHV Commission letter to District Park Directors should be delivered soon.
If you want some more info … go to my blog link below: http://thegeneralsrecreationden.blogspot.com/2012/09/tesla-continues-to-be-hot-issue-at.html
See you there.