Written by John Stewart on 31 August 2012. Posted in The General's (aka Don Amador) Recreation HQ. 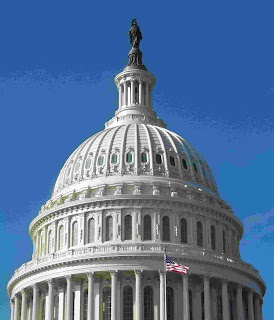 As we head into the Labor Day Holiday Weekend, it only seems appropriate for the Recreation HQ to give riders an update on the fight to protect our OHV Trust Fund.
This has been the most intensive 4 month period of time for me on a professional basis since I started working on land-use issues in 1990.  Fighting to protect the OHV Trust Fund has been one of the toughest state fights  combined with an additional host of federal land use challenges.
I want to borrow a recent quote from Terry McHale who is an OHV lobbyist in Sacramento (you can see him in action at 1:39:19 in the video below) where he said, ”Things are better than they were.”
After watching the almost hour long video below where the legislature debates on how to use the 34M dollars found in the scandal at State Parks,  I agree with Terry that OHV has become more of a front and center issue.  Never before have I seen a state legislative body discuss in detail the three funding pots for OHV (e.g.  registration fees, park fees, and off-road fuel tax monies).
It is clear to me that they had been briefed in detail and were painfully aware of how hot an issue this has become.   HQ recommends you watch the entire OHV portion of the video so you too may understand the import of this debate.  You will see the Department of Finance give circular answers to the elected officials.  Both Democrats and Republicans challenge the Department of Finance to give accurate accounts of the 34M.
Video (OHV starts at 55:05) of 8/23/12 Budget Committee Hearing on AB1478
http://vimeo.com/48412668

There are a lot of good quotes in the video but one of the best was when Senator Simitian stated (1:03:10) that he had “taken a lot of hell” from  users regarding his original plan to gut the local assistance grants program and cap it at 10M.  You will see an effort by him to restore 11M on top of that 10M cap to make the grants program partially whole again.  However, I don’t think we will know if that happens until the Attorney General completes his investigation later this year.

Thanks to all who worked so very hard on this issue and to those of you who supported us  or sent in letters, made phone calls, and got your county board of supervisors to weigh in.
The OHV Trust Fund Saga continues…