Written by John Stewart on 27 July 2012. Posted in The General's (aka Don Amador) Recreation HQ. 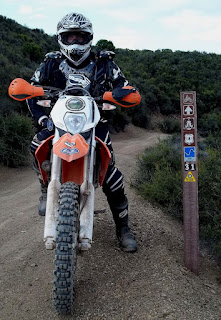 The comment made by the director of the California State Parks Foundation, Elizabeth Goldstein, about off-road recreationists being her “Children” is really one of the most astounding and arrogant comments I have heard in the last 25 years during my work in the land-use arena.
July 27, 2012 LA Times Article on State Park Budget Scandal with Goldstein’s Comment
http://www.latimes.com/news/local/la-me-state-parks-20120727,0,3856220.story

Karen Schambach’s comment in the same article about the OHV program having large reserves is equally insulting and disingenuous.  What Karen does not tell you is that her group and other anti-OHV organizations and their local counterparts have successfully blocked efforts by the OHV Program and OHV Commission to site new OHV parks throughout the state to meet their legislative mandate to provide high quality motorized recreation for the users.
During the 1990s when I was on the OHV Commission, we worked hard on finding locations in various parts of the state.   New SVRAs were proposed in Humboldt and San Diego Counties and everywhere in between.  However, green NIMBY groups blocked us every step of the way. Greens continued their blocking efforts during the 2000s.
Riders should not be fooled by the faux outrage being articulated by Elizabeth Goldstein, Karen Schambach and other anti-OHV groups and their supporters in the legislature.  The Sustainable Parks Initiative was a not so cleverly disguised direct attack on the OHV Program with a particularly sharp hit on the grants program… all designed to degrade management of OHV recreation to a point where Karen and PEER could then sue to have the area shut down.  (e.g. Carnegie SVRA,  Eldorado NF, etc.)
Although OHV recreation continues to grow and prosper in other states and regions of the country, motorized recreationists have a very tough fight ahead of us in CA.  The good news is that I believe anti-OHV groups, on a national basis, have already reached their zenith (circa 1990s) and are on the way downhill in their ability to kill motorized recreational activity.
The battle in CA will require OHV leadership to think and act outside of the box and to focus sharply on more effective ways of defeating our political opponents.
Thanks for your continued diligence and support!